Ambassador Michael Guest is the Founder and currently Senior Advisor to the Council for Global Equality. Previously, he served as America’s first openly gay, Senate-confirmed Ambassador (to Romania, 2001-04). He ended his 26-year diplomatic career in December 2007 after having sought, without success, to end the State Department's discriminatory treatment of the partners of gay and lesbian Foreign Service Officers in foreign postings, then worked successfully on President-elect Obama’s Transition Team to change those policies. Ambassador Guest's career focused on European policy, with emphasis on using rule of law, individual and collective rights, and anti-corruption measures to anchor Europe's new democracies. His assignments included executive-level duties as Dean of the Leadership and Management School; Principal Deputy Assistant Secretary for Legislative Affairs; Deputy Chief of Mission in the Czech Republic; and Deputy Executive Secretary. He subsequently was recalled to service in 2010 as U.S. Head of Delegation to the Human Rights Review Conference of the Organization for Security and Cooperation in Europe.  Ambassador Guest's numerous awards include a Leadership Award from the National Gay and Lesbian Task Force and the State Department's Christian A. Herter Award, given to a Senior Foreign Service Officer in recognition of intellectual courage, initiative, and integrity in the context of constructive dissent. He holds an MA in Foreign Affairs from the University of Virginia and a BA in History and Political Science from Furman University. He and his husband, Alexander Nevarez, reside in Sonoma County, California. 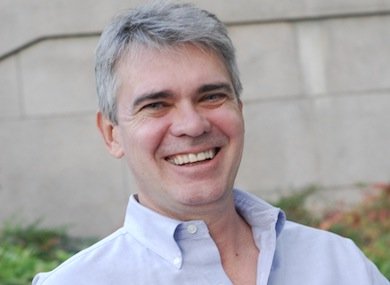