Cheryl Winter Lewy has served on World Learning Inc.’s Board of Trustees since 2000. As co-chair of the Campus Planning Committee, she had a direct hand in developing a new master plan for the Brattleboro campus. Most recently Lewy acted as chair of The Experiment Taskforce and the Alumni Engagement Taskforce. While mayor of Larchmont, New York, from 1992 to 2002, Lewy supervised numerous municipal design projects and initiated a comprehensive review and update of the village’s master plan: Larchmont 2020. Currently at the helm of the Westchester County Planning Board as board chair and a member of the Inter-County Tappan Zee Bridge Task Force, she brings solid urban planning, landscape conservation and design, and “smart growth” skills to her trusteeships at World Learning Inc., the Harbor Island Conservancy, and the Brooklyn Botanic Garden. She initiated and is overseeing a Westchester 2025 visioning project for Westchester County, which was a natural extension of her work guiding the creation of an online web planning site and toolkit for local municipalities. Lewy’s experience in government also includes financial oversight, capital budgeting, extensive negotiation with labor unions, emergency services, and public utilities. In 2010, she completed a Japanese Garden Intensive Seminar at Kyoto’s University of Art and Design, and in 2006, she earned a design certificate at the New York Botanical Garden. An alumna of Smith College, she has regularly participated in the Alumnae Association’s campaigns, projects, and committees since the late 1970s. Lewy received a bachelor's degree from Smith College, and her MLS at Columbia University. 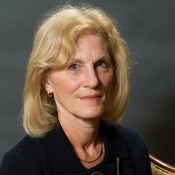