Dr. Michael Sutcliffe is, together with Ms. Sue Bannister, a founding partner of City Insight (Pty) Ltd, established in 2012.  He earned an M. Sc. degree from the University of Natal and a PhD degree from Ohio State University.  The work of City Insight revolves around promoting strategic planning, local democracy and development, working primarily in South Africa but with appointments on global analyses, as well as to do work across African cities and specific assignments in places such as India and Palestine. Previously, from 2002-2011, he was the City Manager of eThekwini metropolitan municipality (www.durban.gov.za), a city of some 4 million people, where he headed the administration of some 25000 employees with a budget of over R26 billion (US$3.5 billion) per annum.  Before that he was appointed by President Mandela to chair the Municipal Demarcation Board (www.demarcation.org.za), which redrew the boundaries for municipalities for the whole of South Africa. And his other positions have been as a Member of Provincial Legislature (KwaZulu-Natal) (1994-1999), Director Public Affairs: University of Durban Westville (1991-1994) and Associate Professor: Town and Regional Planning: University of Natal (1982-1991). Dr. Sutcliffe was integrally involved in the transition process from an undemocratic, racist South Africa to a free and democratic state.  He was involved in developing the ANC’s policy positions, the Local Government White Paper process and the development of the local government legislation. Over the past 30 years, Dr. Sutcliffe has acted as a consultant to a wide range of local and international organizations and continues to serve as a board member of a number of developmental organizations.  During this period, he has written over 500 articles and reports on a wide range of issues, from demarcation and delimitation issues to urbanization, economic analysis and analyzing political trends. He continues to research local government in South Africa. He has received a number of awards, most recently receiving a prestigious professional award from the Association of American Geographers. Dr. Sutcliffe has been invited to present papers at conferences in the following countries: Canada, Mexico, UK, Sweden, Turkey, France, Norway, Australia, USA, Tanzania, Lesotho, Zimbabwe, Namibia, Uganda, Nigeria, Mozambique, India, Bahrain, Kenya, Brazil, Zambia, Qatar, Bahrain, UAE, Germany and Spain.  In addition, he has attended and presented papers at over 200 conferences in southern Africa and South Africa. Dr. Sutcliffe was Co-Chair of the UCLG’s Commission on Urban Strategic Planning and an international Board member of the Global Cities Indicator Forum. He was until recently the Chairperson of the Local Government Skills and Education Authority of South Africa. 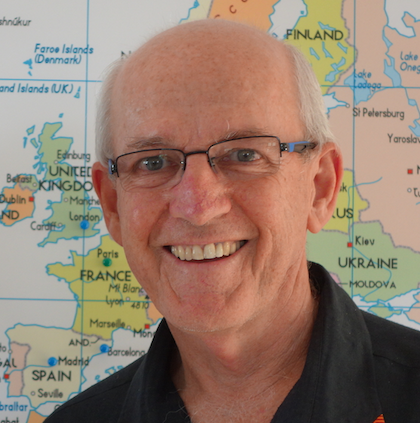