Tamara Gould is a documentary filmmaker, senior media executive and global partnership builder. She is the Head of ITVS' Co-productions and Strategic Partnerships, based in Washington DC. Tamara has served as the Production Executive for over 200 documentaries and series. In addition, Tamara has spearheaded ITVS' international work, including the Global Perspectives Project, an international documentary exchange program between U.S. and global filmmakers with major support from philanthropic and government partners and Women and Girls Lead Global, a public-private partnership to bring the power of documentary film to work for women and girls in countries around the world. She has also developed multiple partnerships with journalism outlets, media outlets and NGOs to amplify documentary storytelling. Among Tamara’s credits include: TED TALKS LIVE, a three part television series in partnership with TED TALKS and PBS, HALF THE SKY, a four hour television special for PBS based on the best selling book, and AMERICAN GRADUATE LATINO, a bilingual television program. In addition, Tamara has developed numerous distribution partnerships for short form content and long form documentaries and is currently serving as production executive for StoryCast, a new digital channel developed in partnership with PBS Digital Studios. She has directed and produced multiple films including the award winning HELL OF A NATION and NOBEL: VISIONS OF OUR CENTURY. Prior to joining ITVS Tamara served as an Executive Producer in Television at KQED and as Executive Director of the Bay Area Video Coalition. Tamara holds a Bachelor’s Degree in Anthropology and Film, where she graduated with honors from Brown University. Tamara also earned a Master’s Degree in Cinema and Social Change from the University of California at Santa Cruz. She is a passionate advocate for international exchange and was herself an exchange student in High School living in Spain. She and her family just recently spent two years in London before returning to Washington DC. 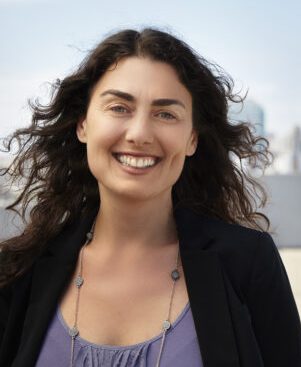